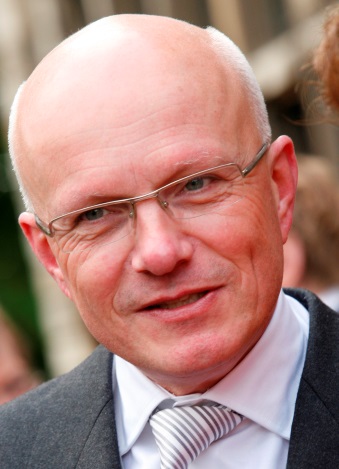 Dirk Wouters was appointed Ambassador of the Kingdom of Belgium to the United States of America in Washington DC from September 2016.

Ambassador of Belgium to the United States of America

The Ambassador represents His Majesty The King of the Belgians and Belgium’s federal government in the United States of America and in the Commonwealth of the Bahamas. He is responsible for the direction and work of the Embassy and its Consulates, including bilateral political and economic relations, visa and consular services.

Ambassador Wouters’ career has included both multilateral and bilateral assignments and has been primarily focused on European affairs.

Dirk Wouters joined the Belgian Ministry of Foreign Affairs in 1980. His career started in the consular and disarmament departments, and he went on to dealing with economic and technology issues at the Belgian Embassy in Rome. From 1986, Mr. Wouters was appointed to several important functions in European Affairs, including within the Permanent Representation of Belgium to the EU. He was also directly involved in several negotiations on revision of the European Treaties (Maastricht, Amsterdam, Nice, and Lisbon). In 1992, Mr. Wouters received a second assignment in Rome dealing with political and economic issues. In 2001, he was appointed coordinator of the Belgian Presidency and headed for some years the Department of European Coordination and Integration in the Foreign Affairs Ministry in Brussels. Dirk Wouters then assisted Jean Luc Dehaene as Vice President of the Convention on the future of the European Union. From 2003 to 2009, he was Permanent Representative of Belgium to the Political and Security Committee of the European Union, at the time when the common foreign and security policy was framed under the leadership of J. Solana. In 2009, Mr. Wouters was called to the office of Prime Minister Herman Van Rompuy as his diplomatic advisor and Sherpa. After that, as Chief of Staff to the Minister of Foreign Affairs, Dirk Wouters was one of the main architects of the successful Belgian EU-Presidency and key foreign policy decisions on Afghanistan and Libya. He was the Permanent Representative of Belgium to the European Union from 2011 to 2016.

Mr. Wouters is no stranger to the United States, having lived in New York while Deputy Permanent Representative of Belgium to the United Nations (1995-2000), with a special responsibility for coordination and for overseeing the work in the political, military, economic and development section. In this position, he was involved in the creation of the International Criminal Court. During his tenure, Dirk Wouters was also an active participant in the Open-ended Working Group of the General Assembly on the Reform of the Security Council.

Mr. Wouters is the former Chairman of the Association of diplomats of the Belgian Foreign Service.

Mr. Wouters studied at the University of Antwerp and obtained a B. A. in Law and a B. A. in Economics in 1975. During that time, he was student representative to various committees. He then graduated from the Institute of Higher Studies in Geneva (1976) and obtained a M.S. in Economics from the London School of Economics and Political Science (1979). He also holds a Master of Law from the University of Louvain (1978), where he was Chairman of the student’s European Policy Club.

Mr. Wouters is the author of the White Paper on the Amsterdam Treaty (1997) submitted by the Belgian government to Parliament and delivered several speeches to the United Nations General Assembly. He is the Co-author of a book for a 10-series Television Program on the Internal Market in Europe and gave several presentations for think tanks and universities in Europe, the United States and Asia.

Dirk Wouters was born in 1955. He is married to Katrin Van Bragt and they have one daughter and three grandsons. Ambassador Wouters speaks Dutch, French, English, Italian and German. Mr. Wouters is an accomplished long-distance runner and an Italian culture enthusiast.